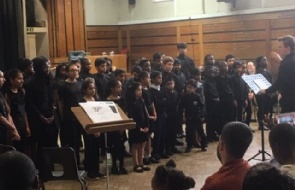 Celebrating its 20th anniversary, the Music Academy led by the Faculty of Performing Arts put on an outstanding Summer Concert.  The programme included a number of a acts which delighted all present.  A second rendition of Fame had the crowd dancing at the end of what was a very special afternoon.