Year 10 students were treated to a talk from James Frater, who has been recognised at a Top 100 Future Leader.  James is one of our school governors and attend school locally.  James spoke passionately about how school supported him in achieving his next steps and the attitude required to remain focussed on what you want to do.  Students were inspired by the fact that James is a medical student at King’s College London (KCL) and is currently completing an intercalated Management degree at Imperial College London. James also spoke about the importance of being intentional with the things that they do to prepare and become what they want to be.  James we hope will return to talk to the Year 10 students later in the year. 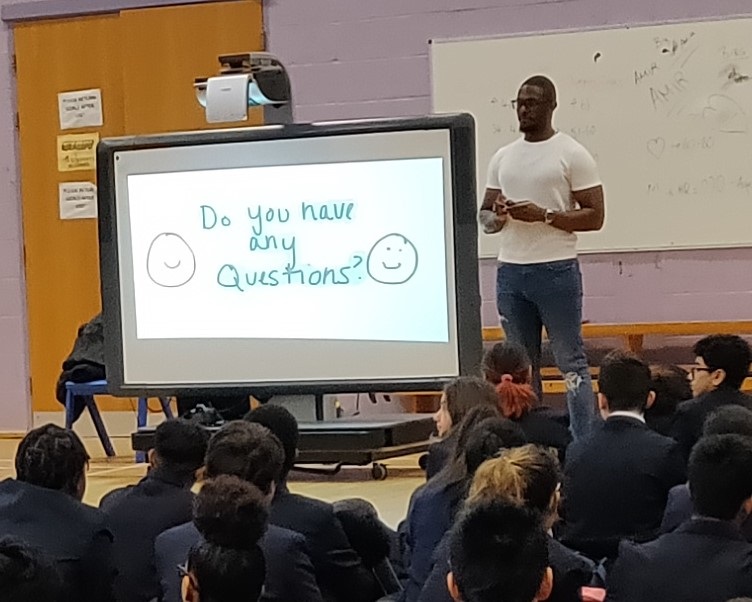